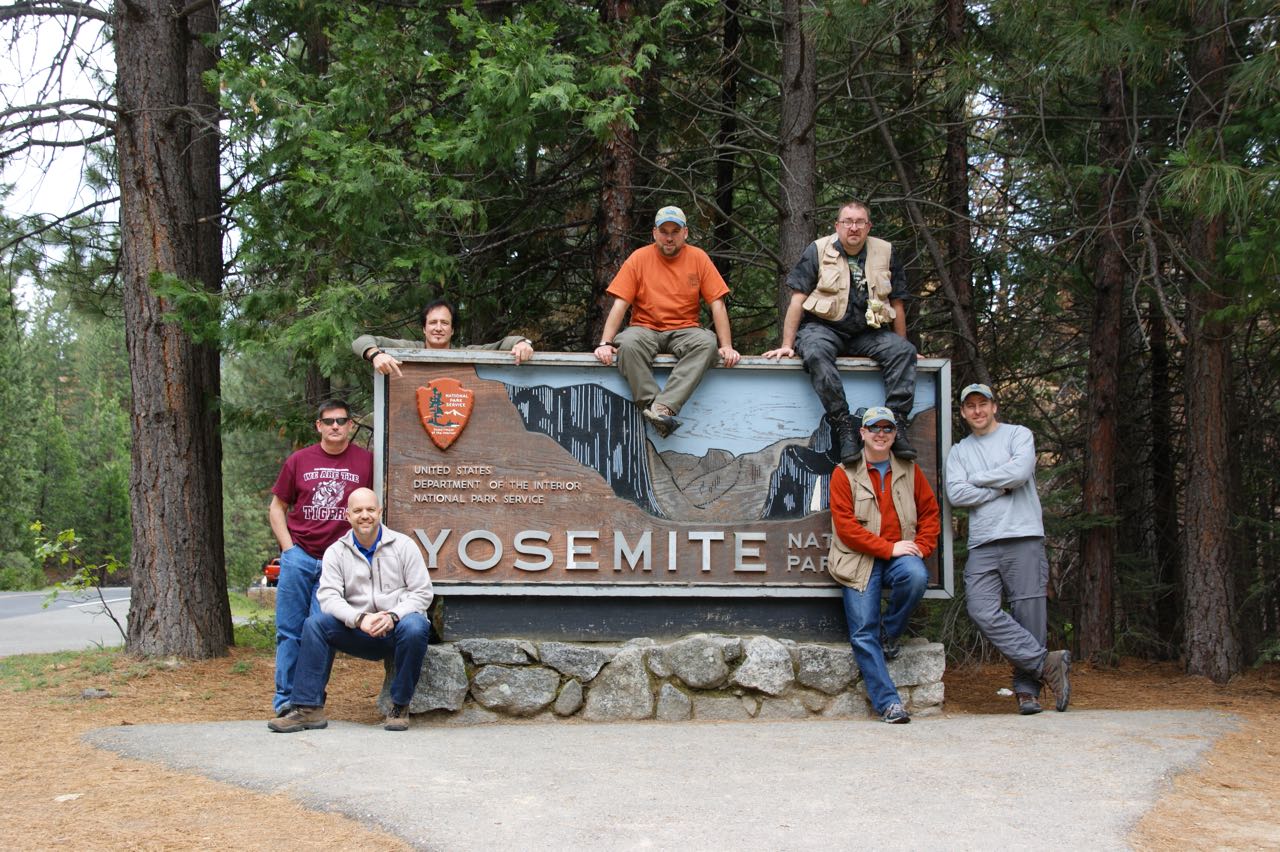 You may notice this 2015 Report is being posted well into 2016! (The 2016 Report to follow!) 2015 was an exciting year for me as I had accepted a new children’s pastor position the day before the Summit – when I got back home it was right to work, and while I got the video below done, I never got around to posting this! I didn’t even notice until I finally went to write the 2016 report. So while it will be brief, it is always good to return to the pictures of previous years and to have the incredible memories of this unique event come suddenly and so vividly back to the mind’s eye. 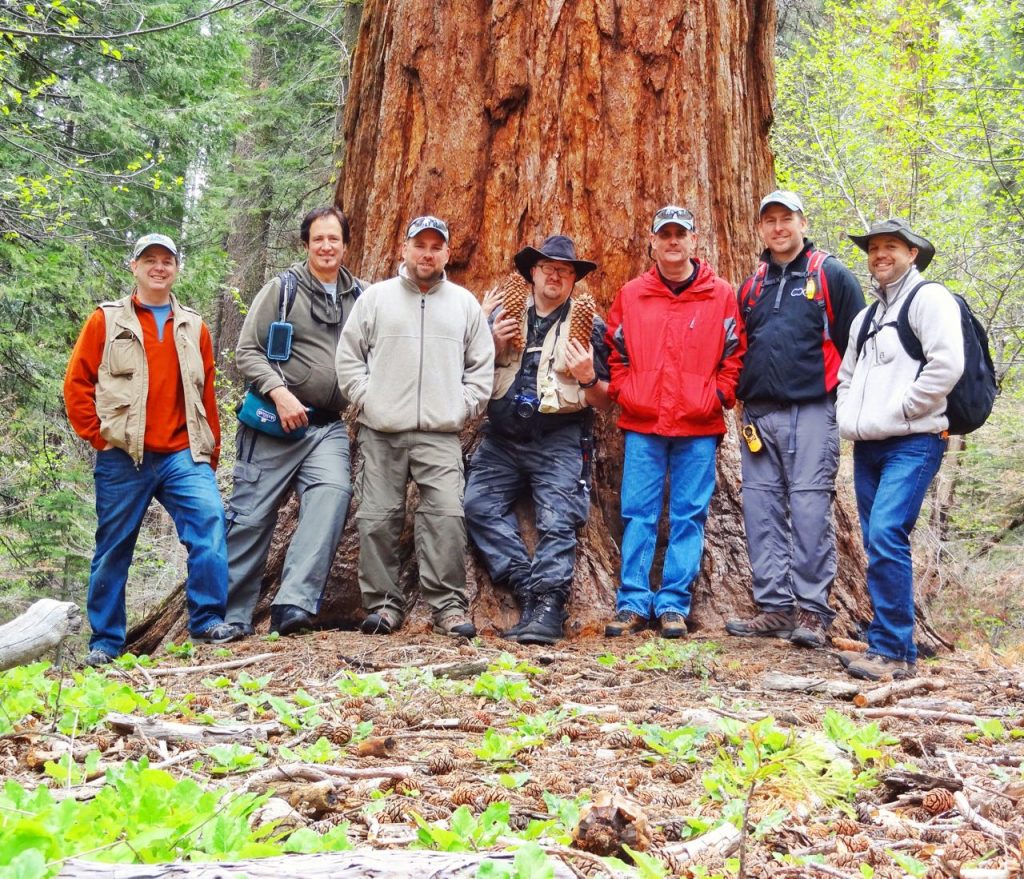 2015 was an amazing year in some unique ways. The weather reports were ominous and the unspoken concern among all of us was whether rain would dampen our event. Nevertheless, we headed toward the Yosemite Valley. As it turned out, everywhere WE went, there was little to no rain – while we heard reports from others of heavy downfalls in places we didn’t go. It was like the rain moved around us and the Light of God literally shown upon us all week. We marveled at His grace and provision as we had a wonderful week filled with beautiful skies abvoe us and dry paths under our feet. 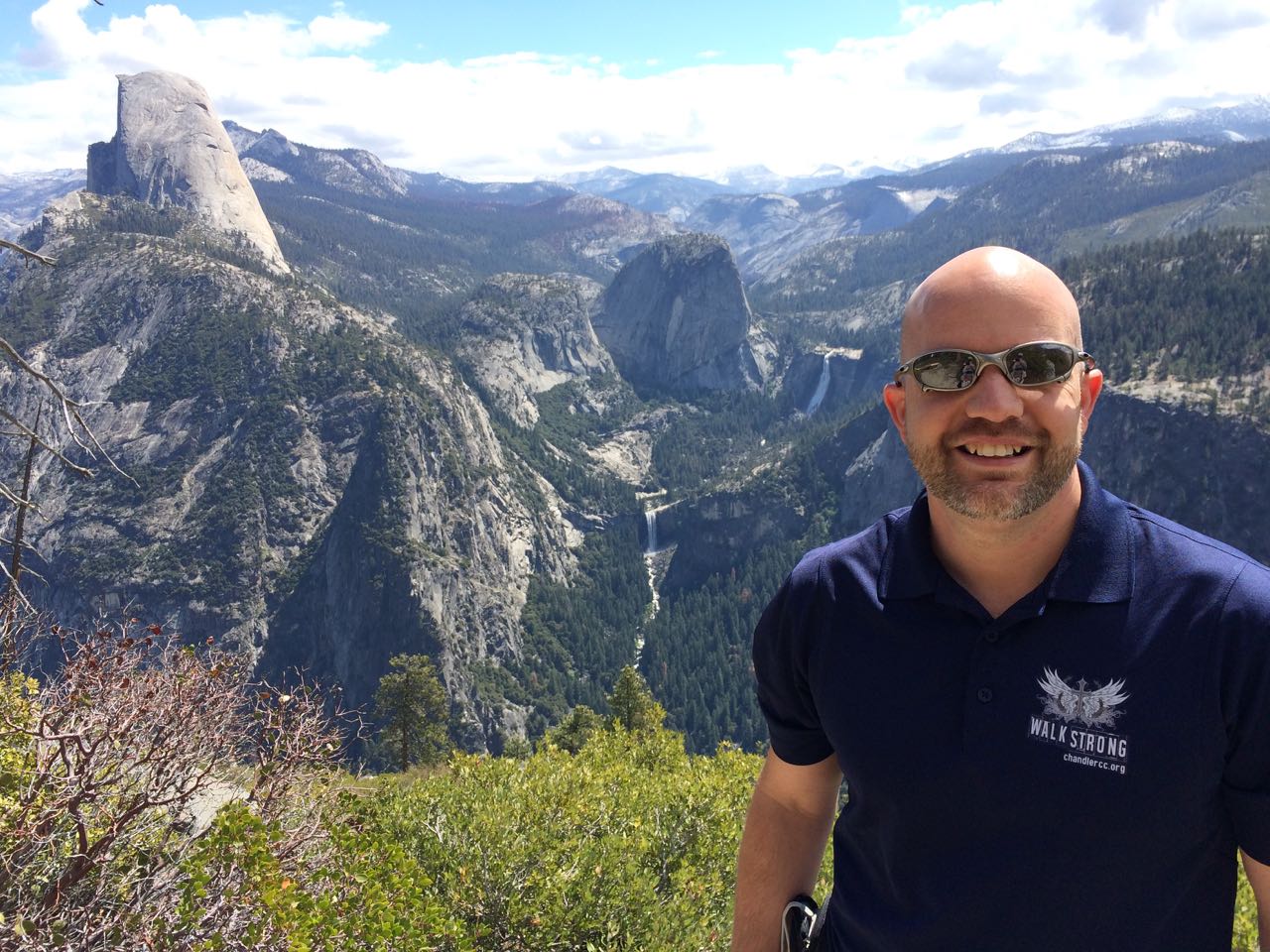 The views in Yosemite are beyond description. While the pictures are spectacular enough, they don’t come close to capturing what is seen with the eye and felt within when one is trying to take in these vistas. 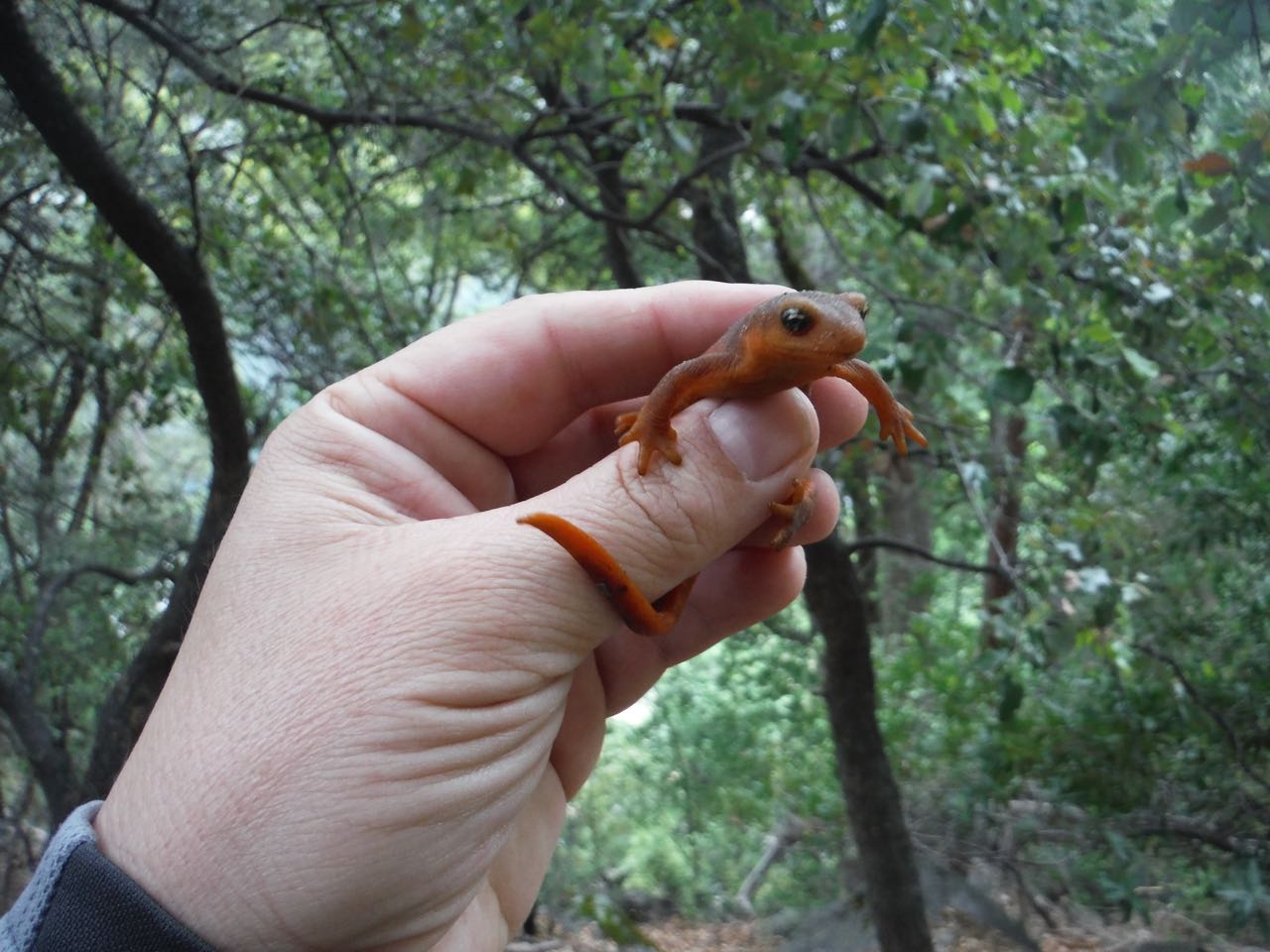 But as I am often encouraging the guys, there is beauty in the small details as well. Often overlooked when there is a towering waterfall in the distance. Like this bright orange salamander we found on one of the many trails we hiked. 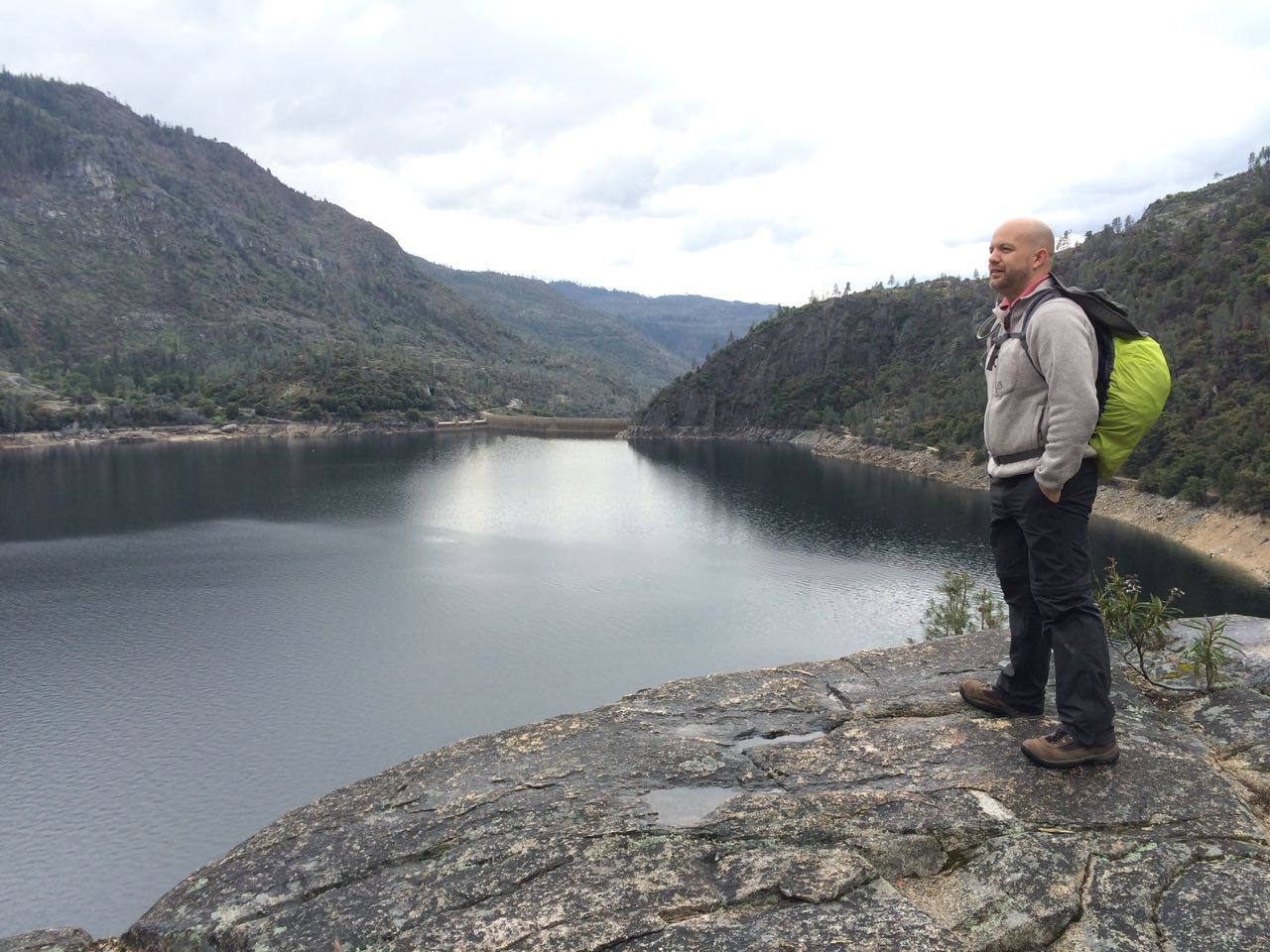 One of the highlights in 2015 was the journey to the Hetch Hetchy Reservoir. This hike had been planned many times before, but always got canceled for one reason or another. It’s a few hours North of Yosemite Valley and while I had always read good reviews of the hikes, I feared it was just a path around a man-made lake. (Which was once a valley as majestic as Yosemite Valley until it was dammed to provide water to San Francisco, but that’s a story for another time.) 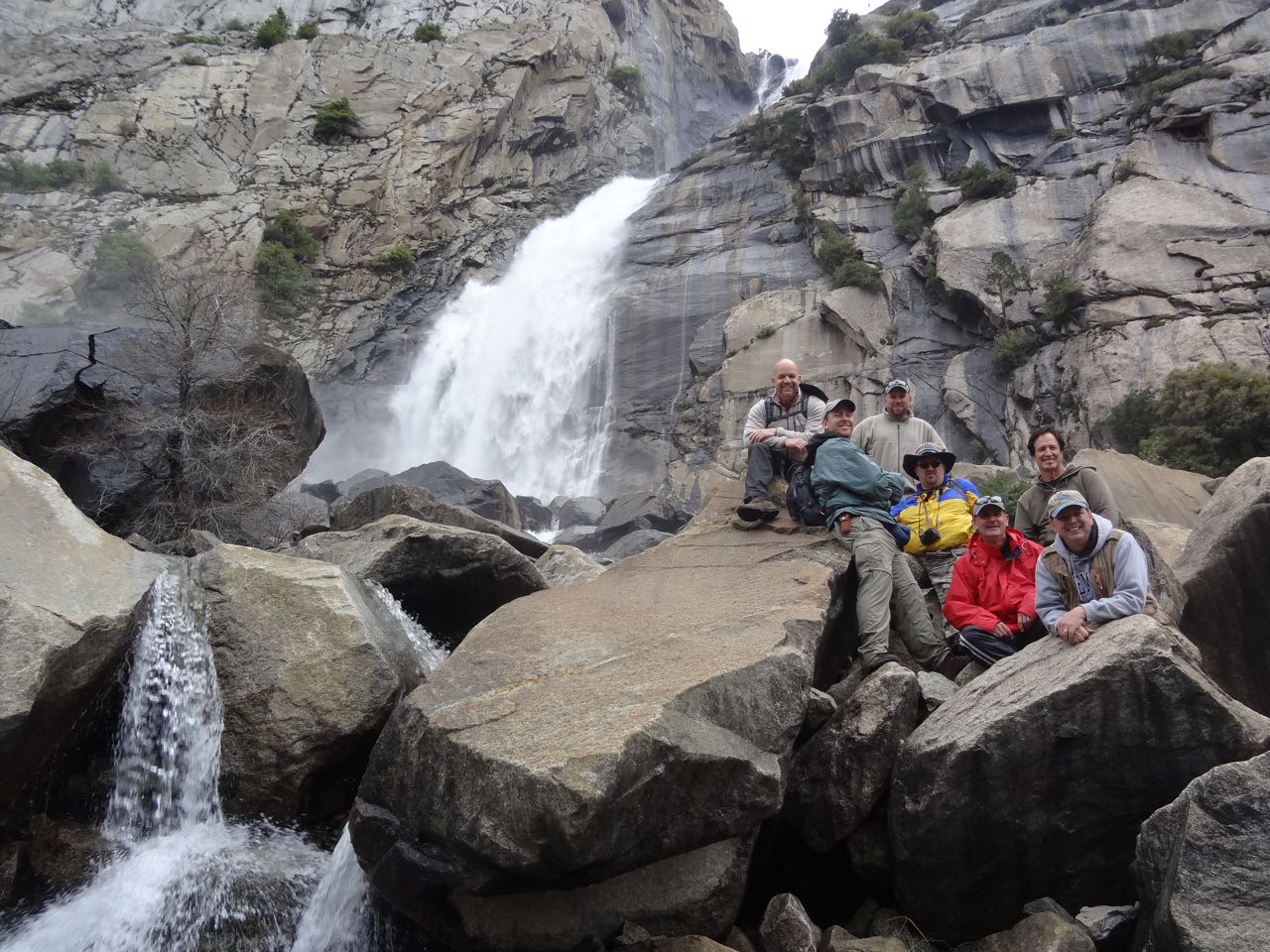 The water falls along this hike were spectacular. Especially when you realize that you are looking at what was once only the top of much longer falls that once fell to the valley below that is now filled with water. 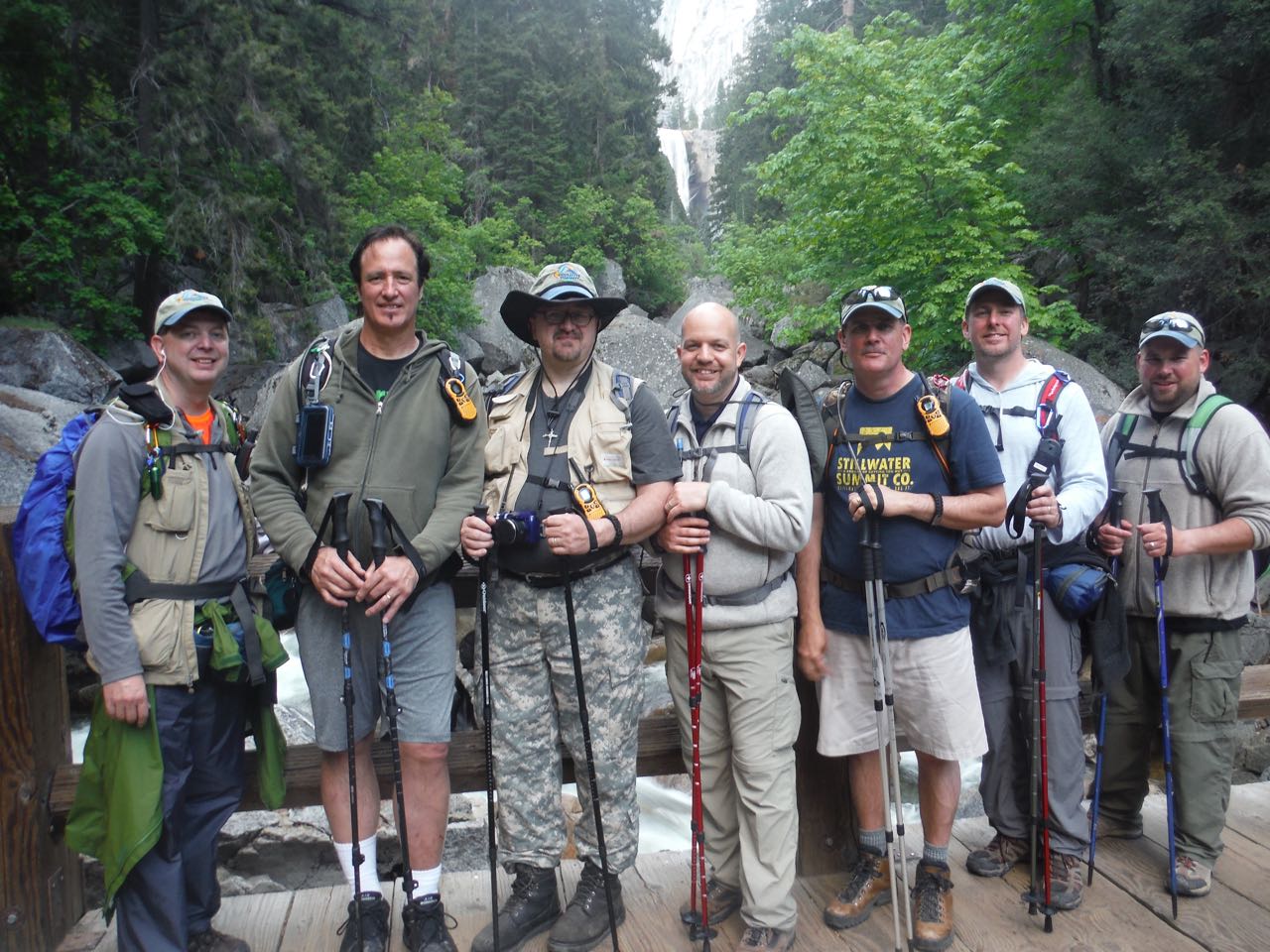 We also hiked the Panorama Trail – a hike that I try to do at least once every other year – it is one of the longest and yet most scenic hikes in the valley. 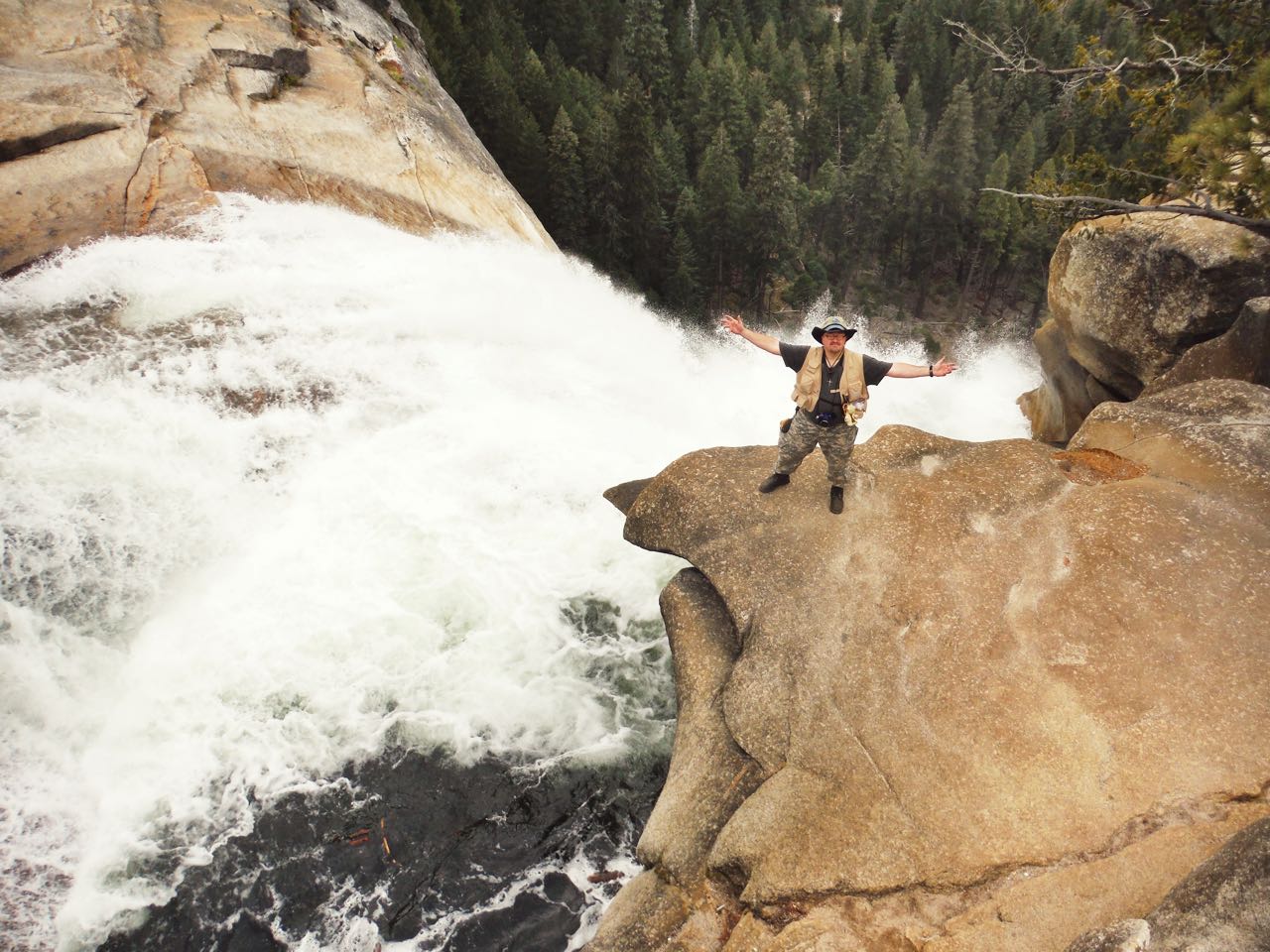 Being this close to a display of God’s Power is breath-taking. A few seconds of denying fear is often taken for a picture and then quickly retreated. This is the top of Nevada Falls. 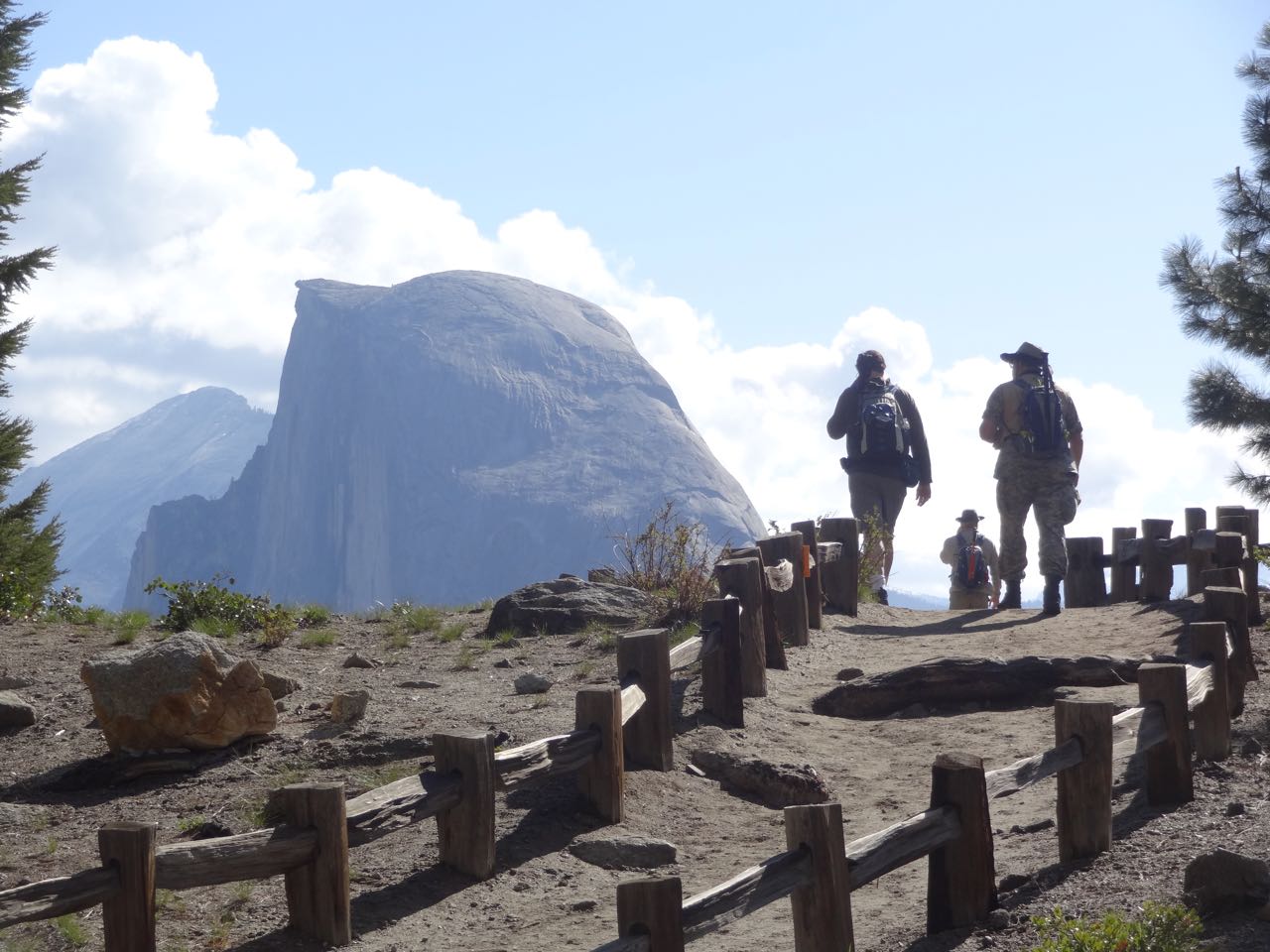 Half Dome is always a view that can’t be passed up. It is both daunting and awe-inspiring and is one of God’s monuments that can be seen from so many hikes and is unique in the many views it provides as we often hike around it. 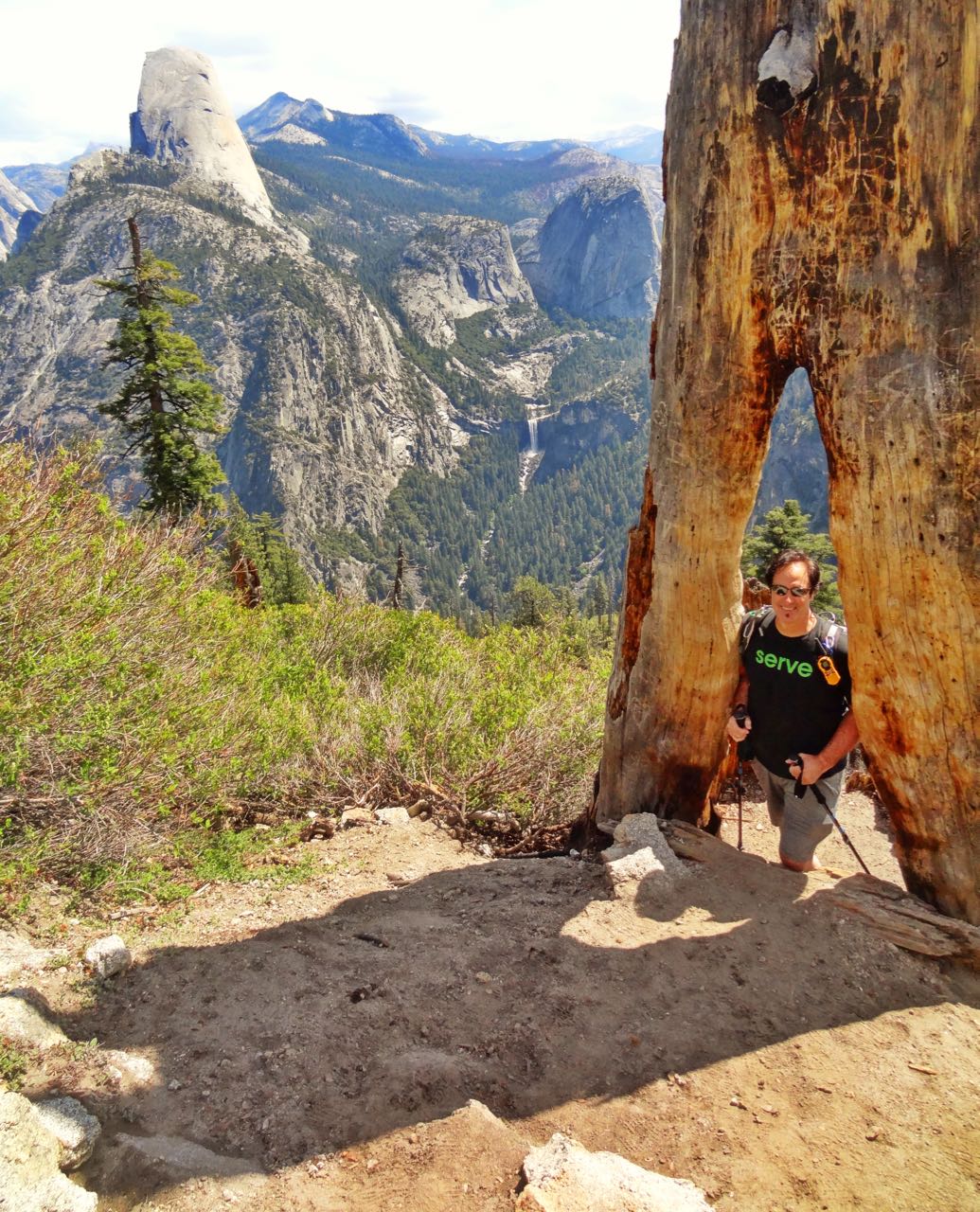 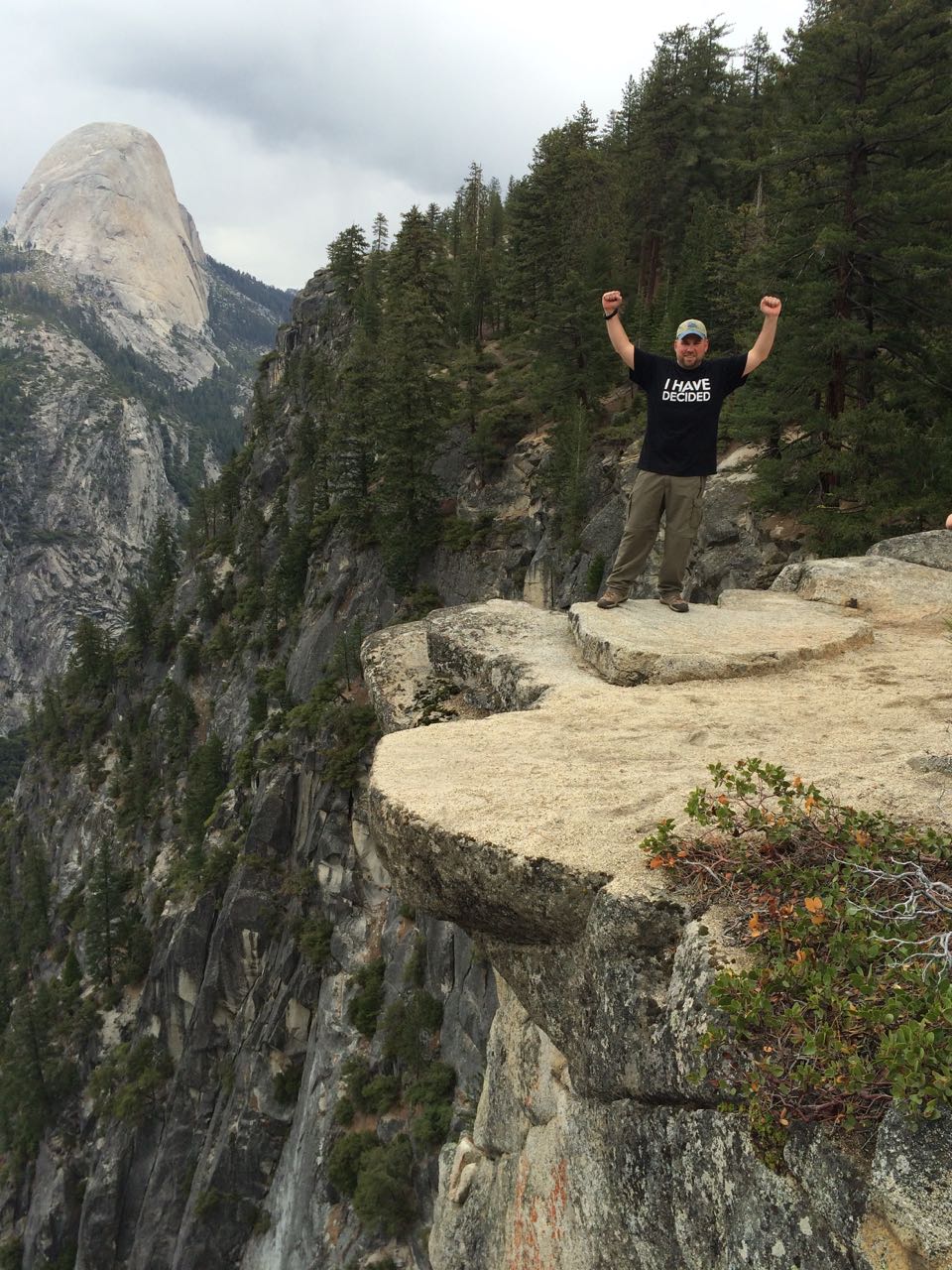 Another view from behind almost it at Panorama Point – a small viewing point that most hikers miss. It is an unmarked side trail to a spectacular view. The few brave ones can lie down and look directly down into the valley. 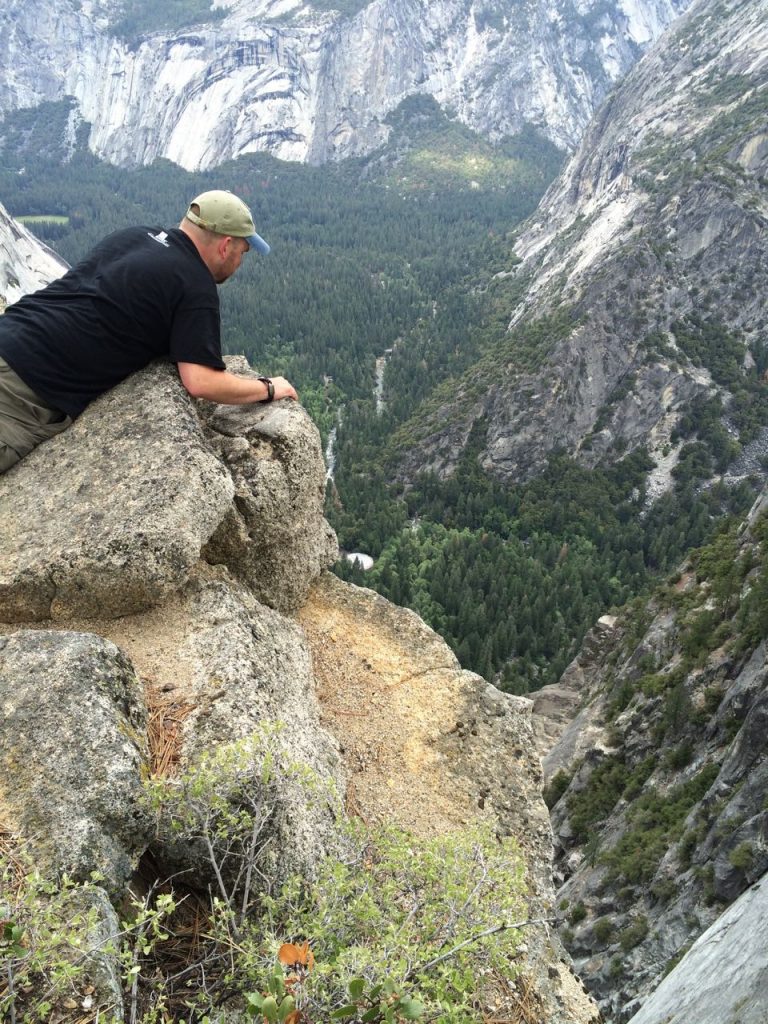 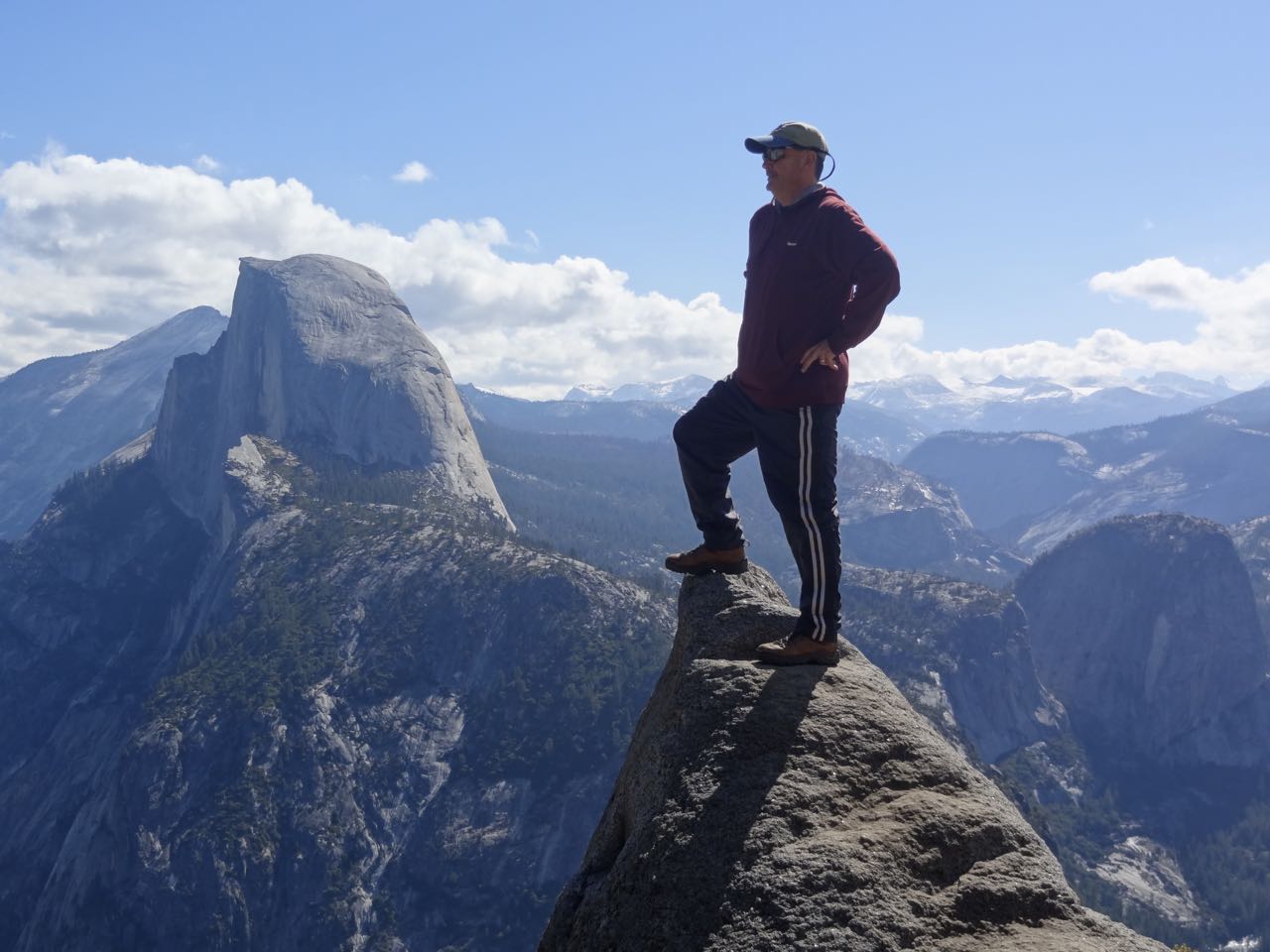 It’s hard to feel down when you are on top of the world. 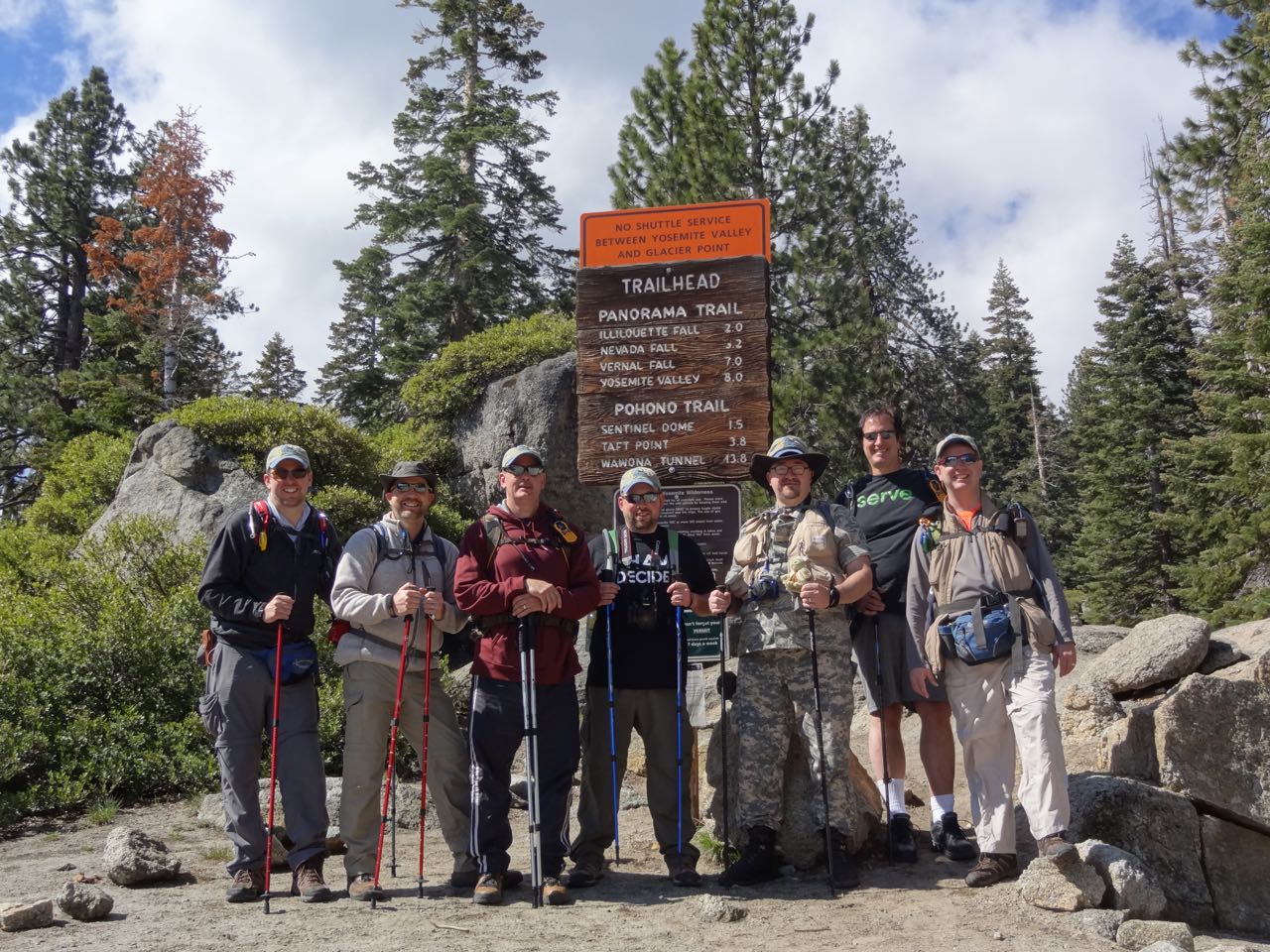 Yosemite Summit is a journey, both literally along the trails, but also for each guy as we share our spiritual journey, ministry challenges and share advice, ideas and life experiences. 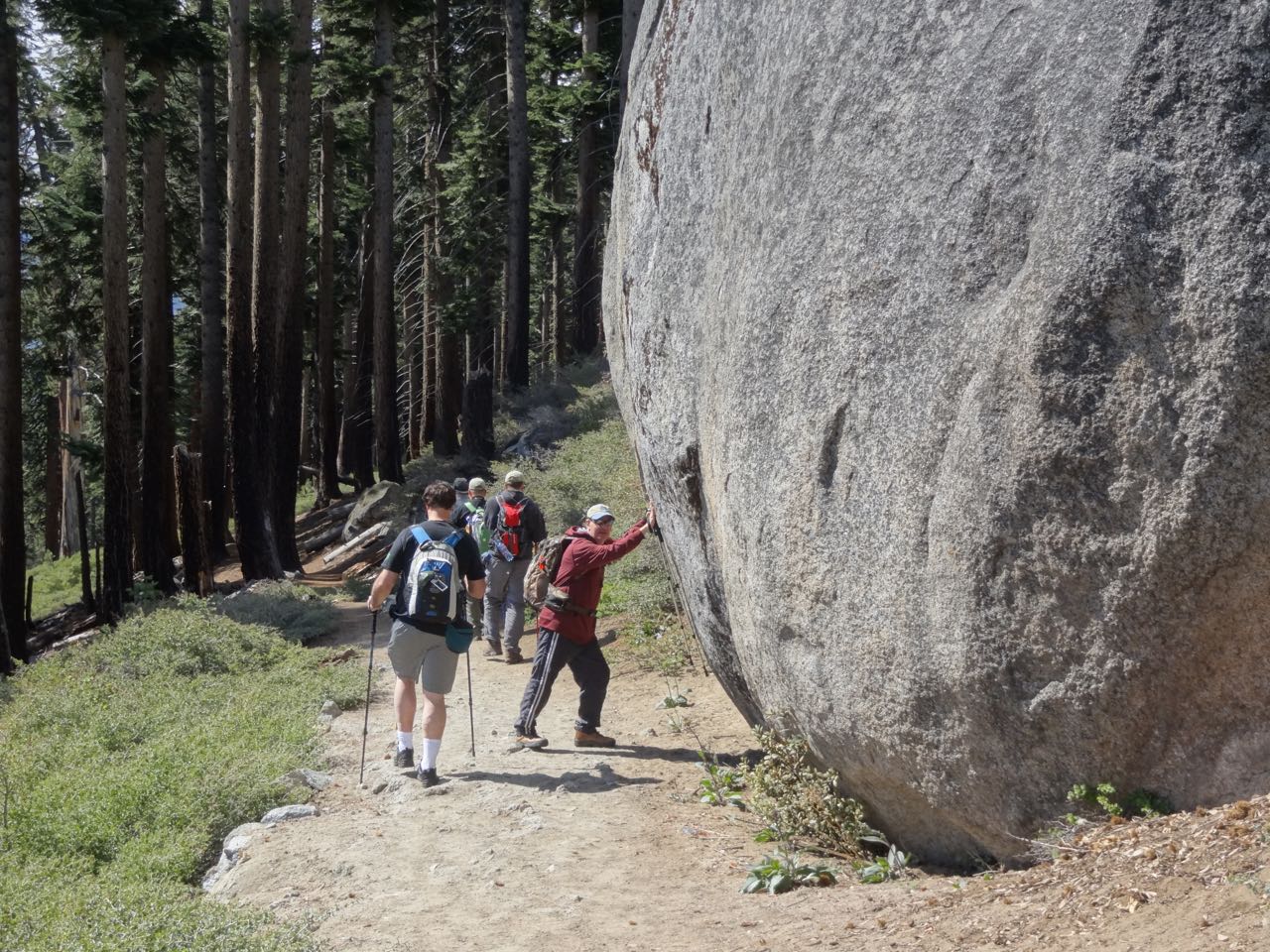 Once in awhile, one of us hold back a rock so the rest can pass safely by. 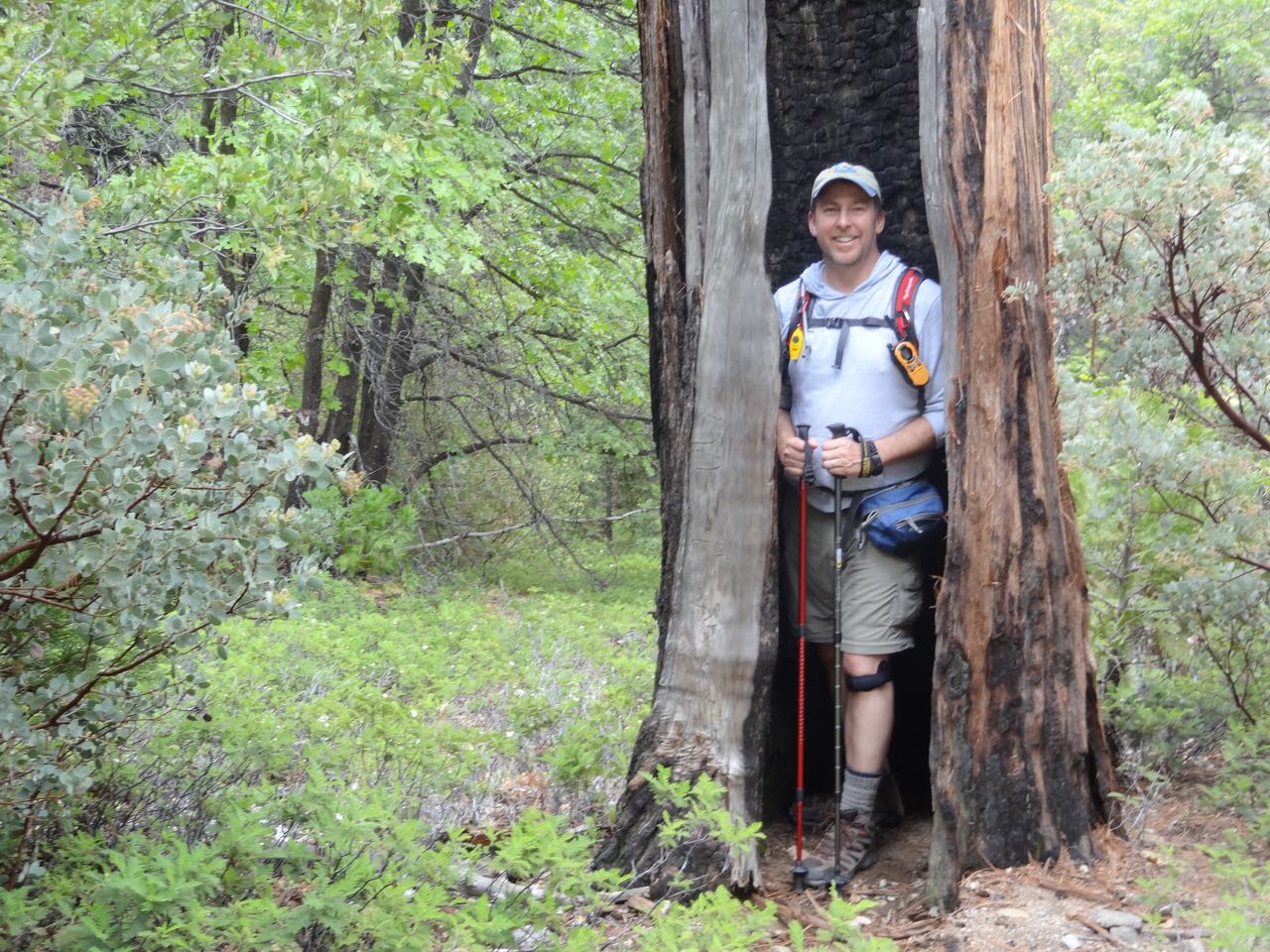 It’s fun to keep an eye out for unique spots. What you can’t see in this beautiful picture is all the BUGS in that tree! 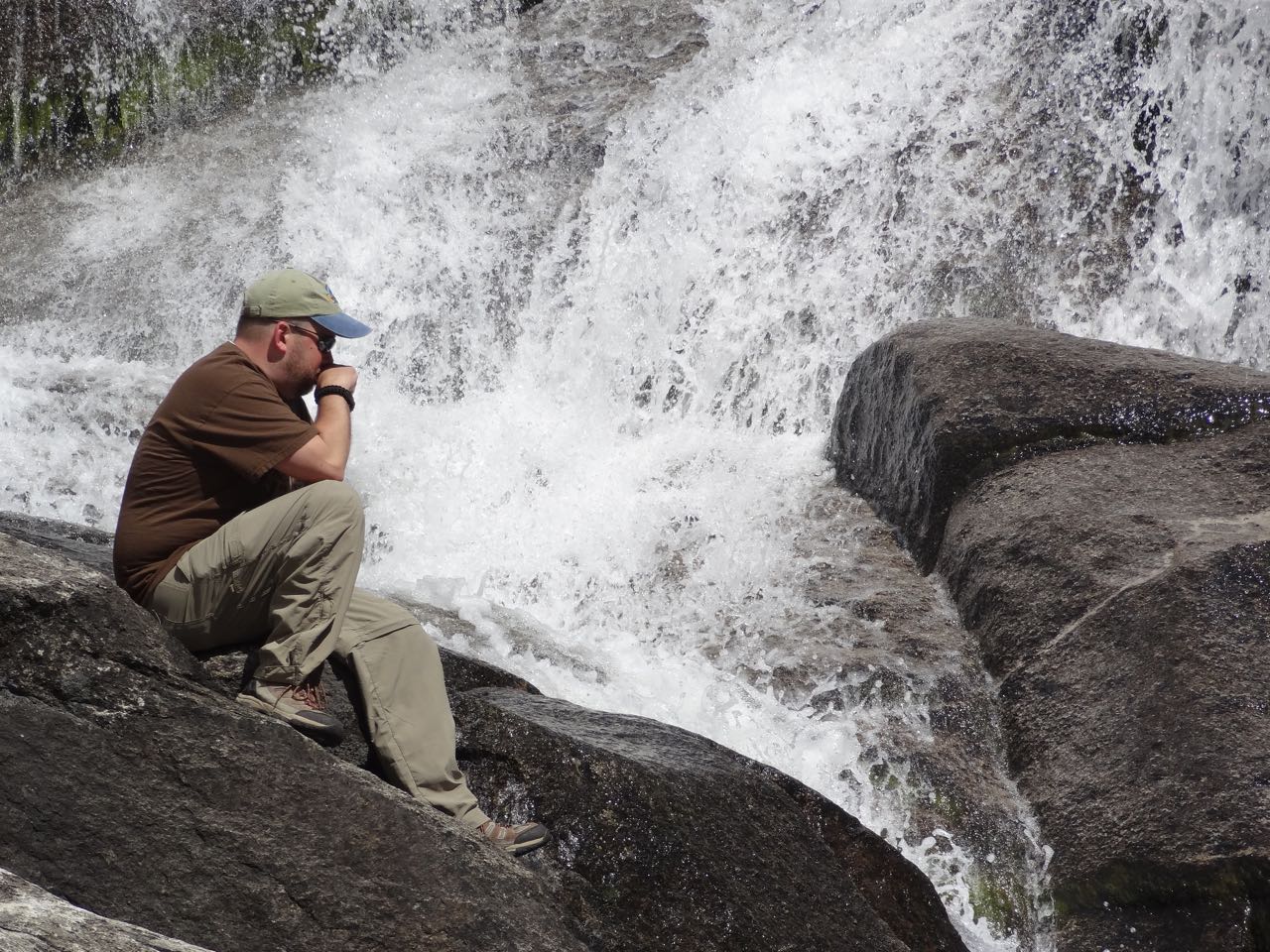 But Yosemite Summit offers the opportunity to meet with God in a place where His Presence is so clearly felt and experienced. 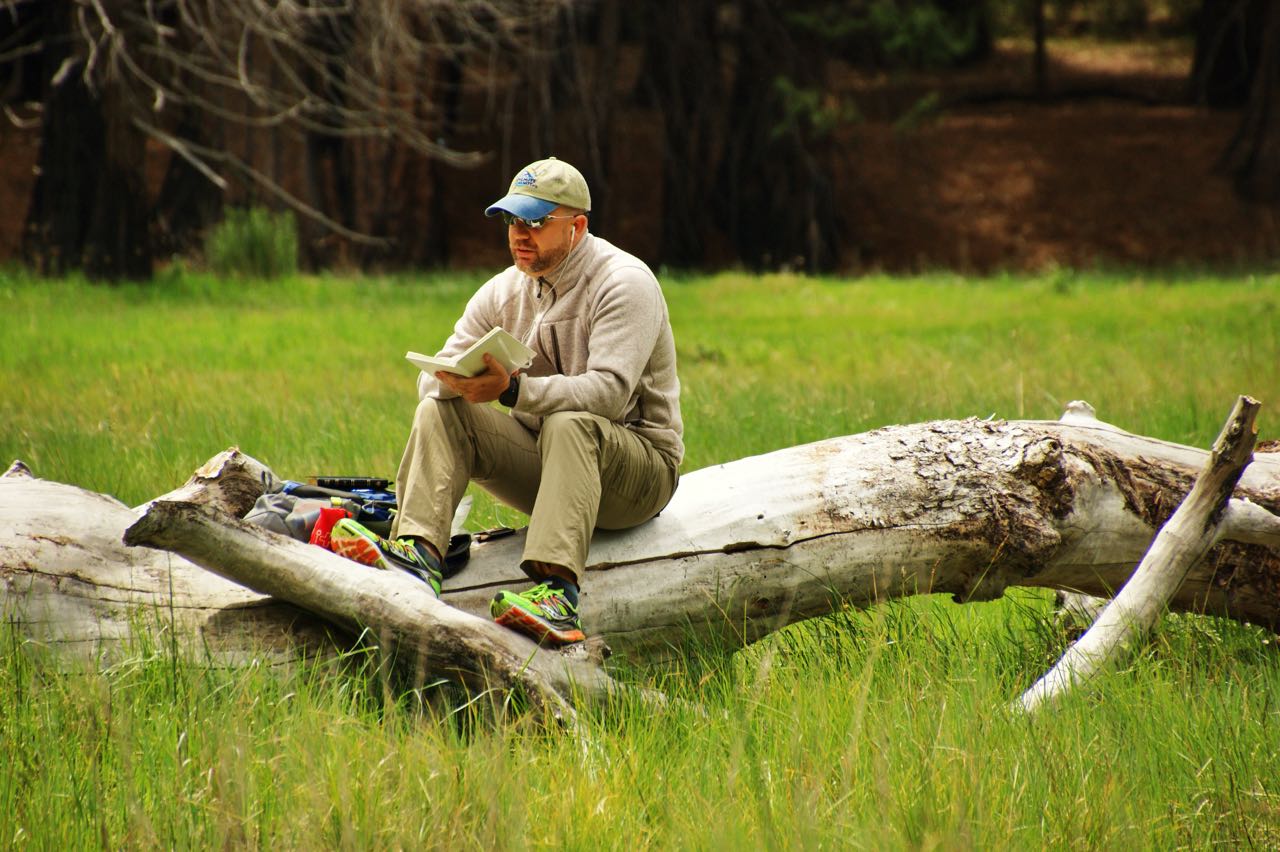 It’s a time to think, reflect, pray, journal and open God’s Word in a place where His Words are all around us. 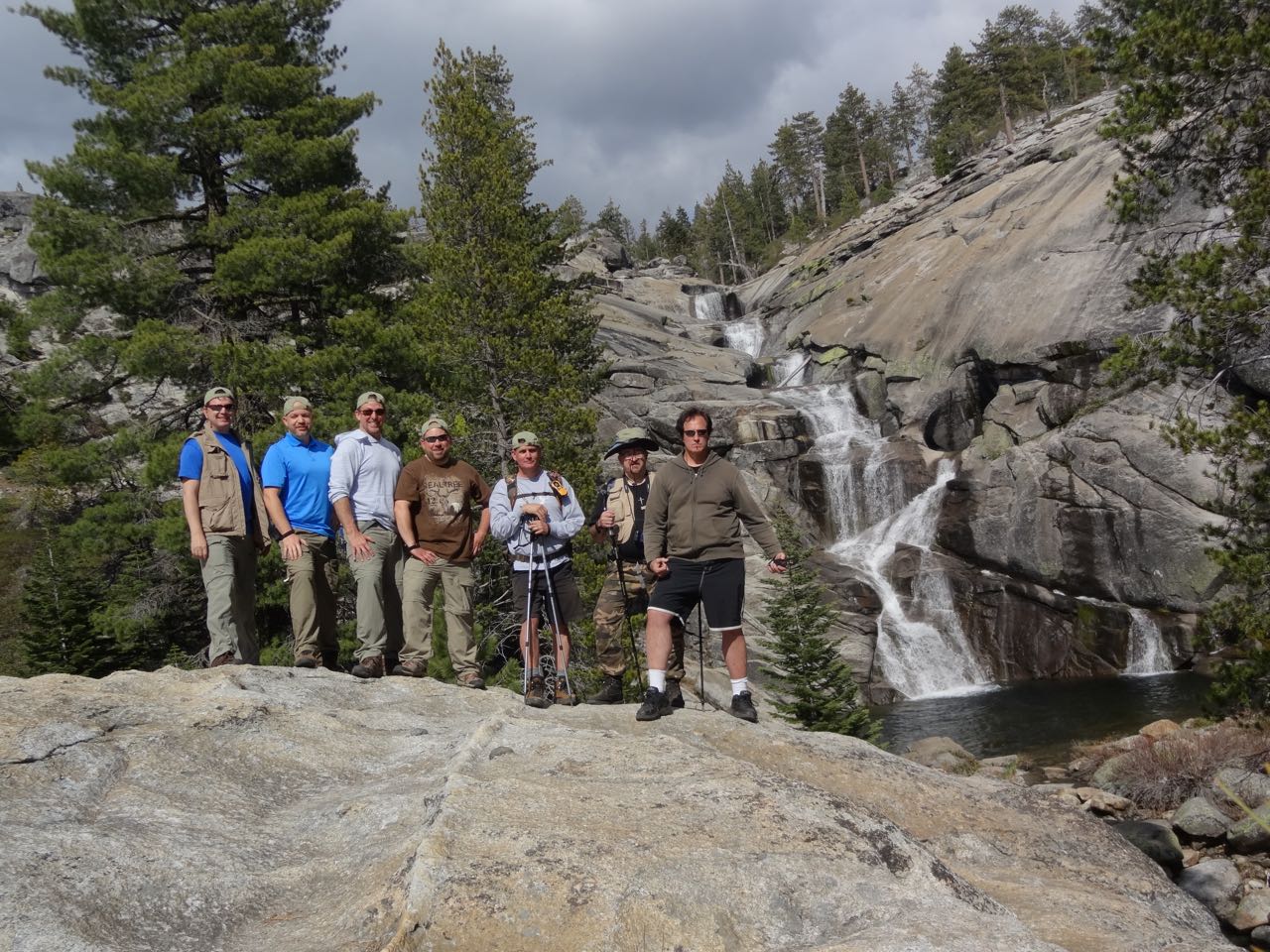 I often like to joke that Yosemite is the closest God ever got to sin, since He kinda showed off a bit. The water fall above is in a hidden unmarked area I discovered a few years ago when I went the “extra mile” past the water fall that bears the hikes name. A cascade that is either seven or ten cascades. We enjoyed arguing over how many water falls this actually was because they aren’t clearly defined… but it was amazing. They just keep on going.

Yosemite Summit is filled with surprises, life-defining decisions, personal object lessons along the trail and a fellowship unlike anywhere else. 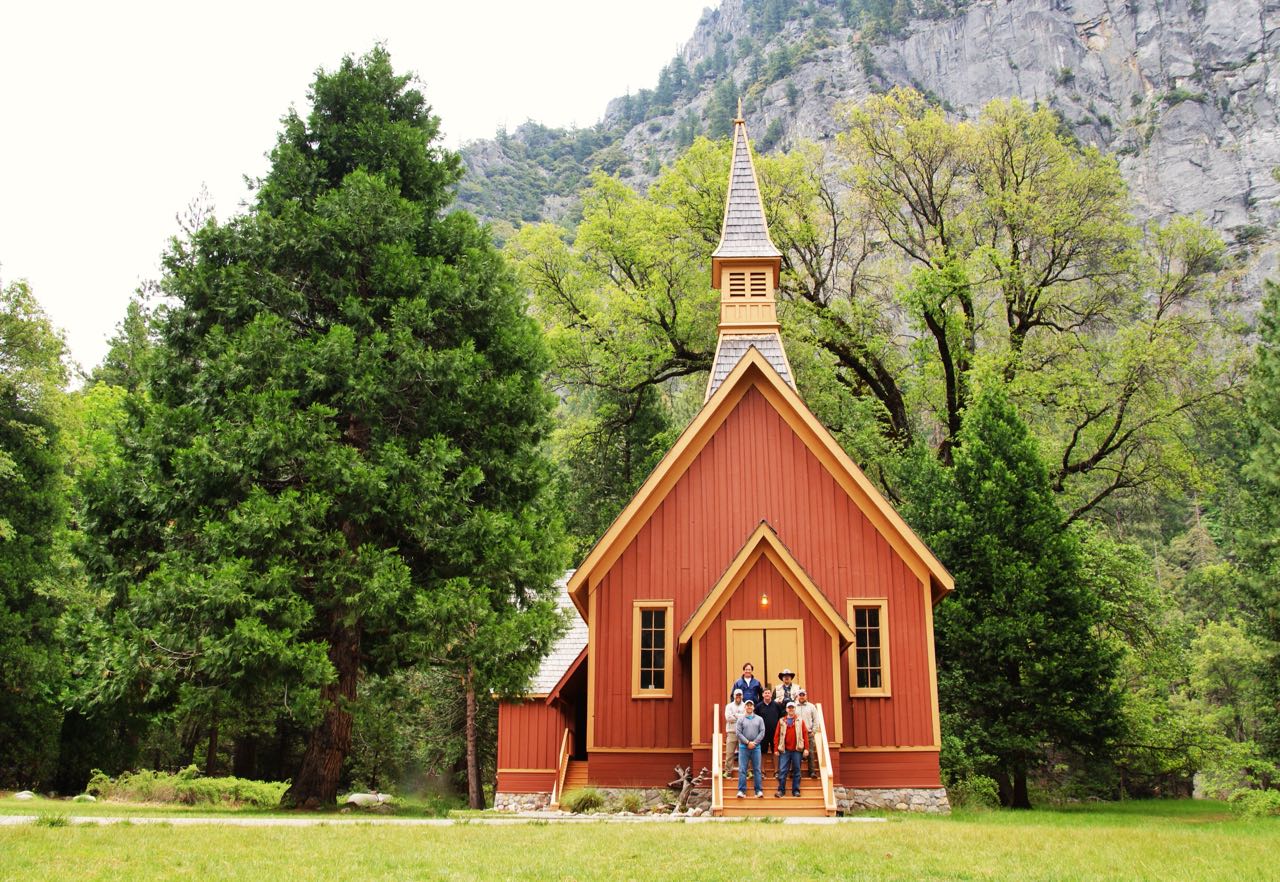 I have been so blessed by God to have some brothers join me on this Adventure every year. If you are reading this site having never been to Yosemite Summit, perhaps one year you will hike with me too.