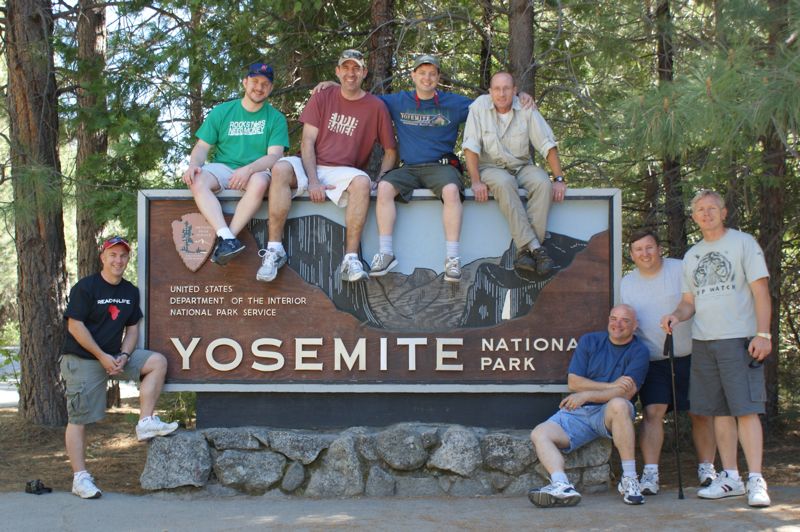 It’s hard to believe the Yosemite Summit 2008 is over. It’s been several weeks, but it still feels like a part of me is still there in the Sierra Nevada. It’s been fun sorting through the 5000+ pictures we took and reliving the fun memories. Not only the incredible PLACE we were, but the awesome friendships that were formed and will continue to grow in the years ahead. 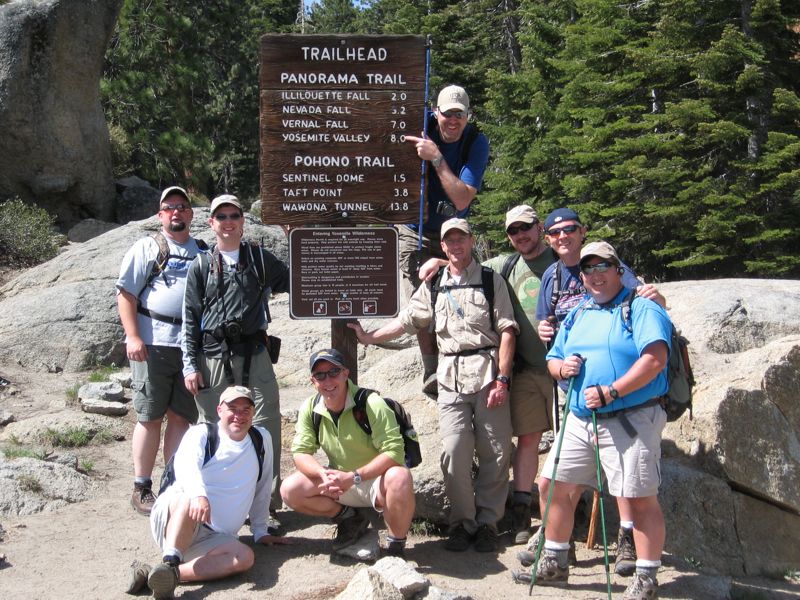 It was an amazing time together and God did some incredible work in our lives. For me, my soul comes alive in this place and I finally feel truly free. We started our first day watching the sun rise at Glacier Point. The views are simply spectacular! 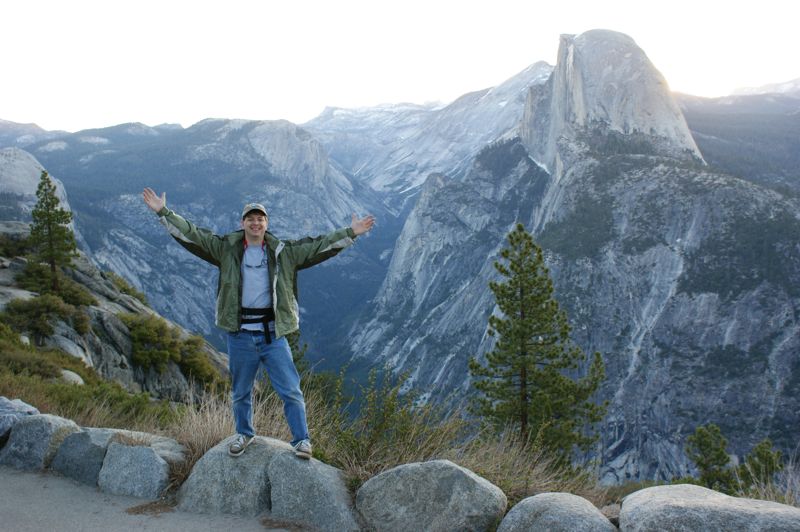 It was a time to leave the busyness and noise of normal life behind and just listen to God. There were times we could just sit and soak our souls in the presence of God as well as walking with Him on the incredible hikes. 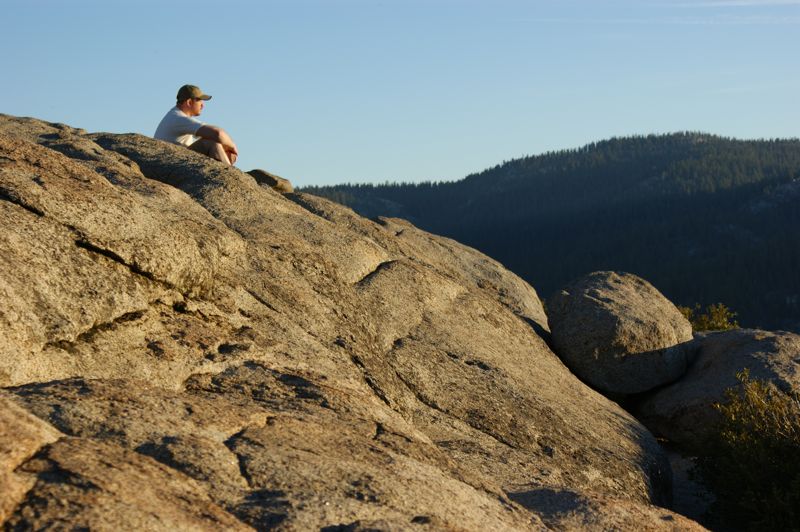 There is just something powerful about reading God’s Word and praying when you are in a place where His handiwork is so much on display. The rocks indeed did cry out – God is real, and God is here. 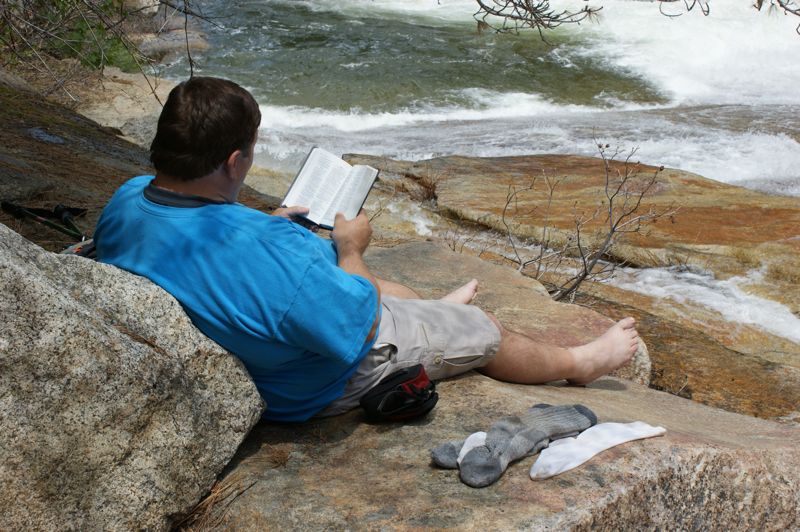 The hikes themselves were indescribable. The first day we did a solitude hike (each separated by about five minutes so we could hike alone with God) and then on the second day we did the Panoama Trail which took us on an incredible hike around the rim of the valley, through many types of landscape and ended with the Mist Trail which goes to the top and then down the side of two thundering waterfalls. In the picture below we are near the starting point and in the background you can see the waterfall we would be at some seven hours later! 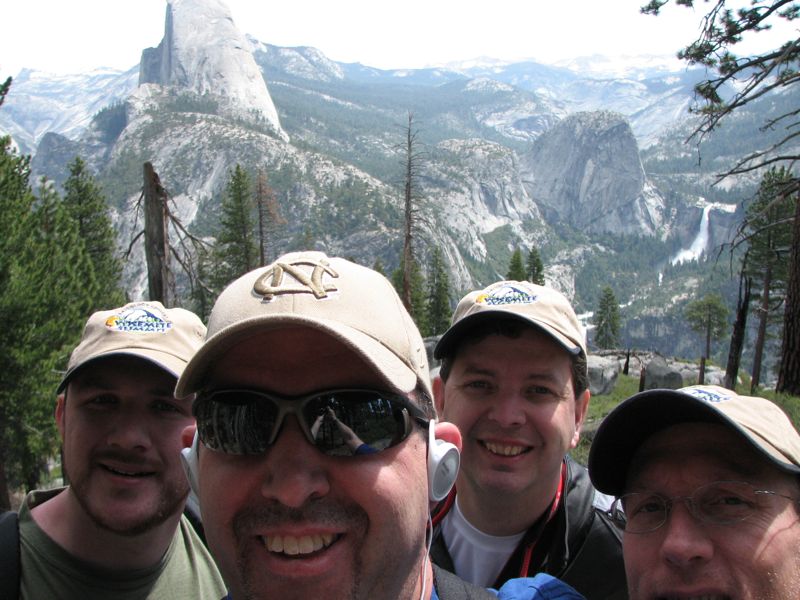 By the third day we did some easier hikes that had incredible views of the valley, some with a few straight down of seveal thousand feet! Below is one of the few railings due to the incredible drop straight down over 3500 feet! 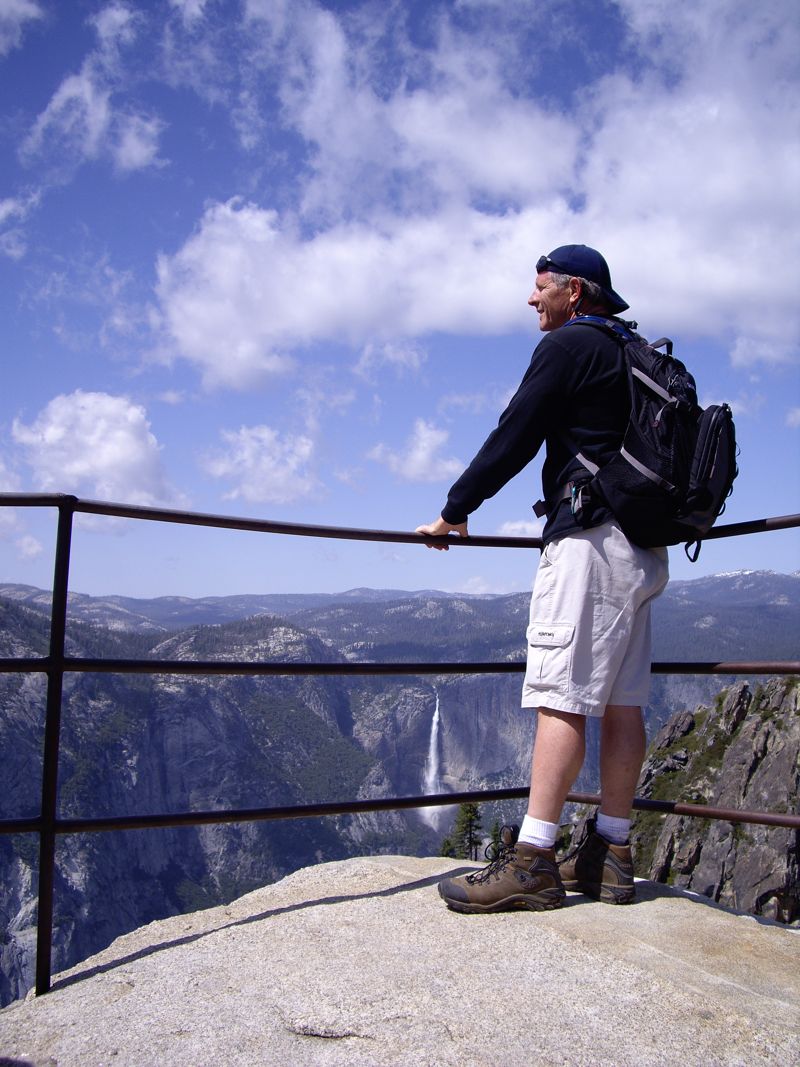 The hikes were challenging – but the views breathtaking and like nowhere else on this continent. Not only can you not believe what you are seeing is real, but when you are hiking, you can’t believe “I’ll be there in a few hours” or “I was there yesterday?” We hiked through areas that at times looked like Narnia in winter – under the shadow of huge trees walking on several feet of snow while at other times we were out on barren rock checking out lizards. The scenery and climate changed constantly. We’d be hot and enjoying cold water to cool off, and later getting drenched from the mist of a raging waterfall. Like I often say, “This is the place God just showed off.” 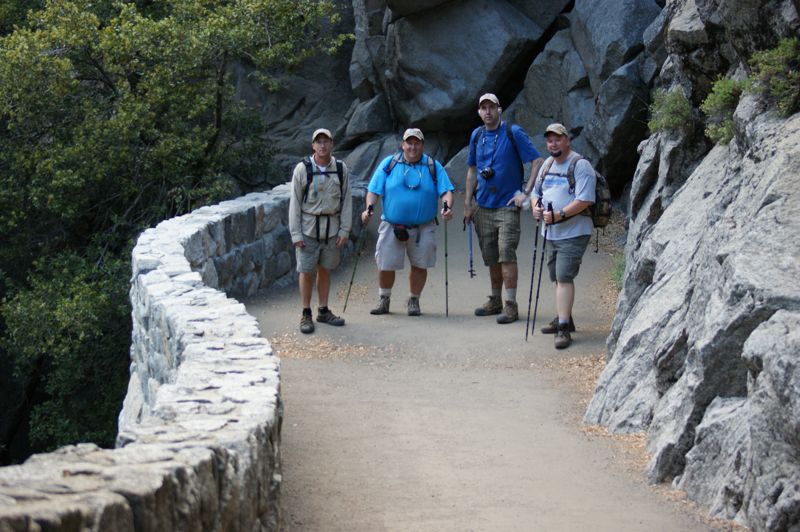 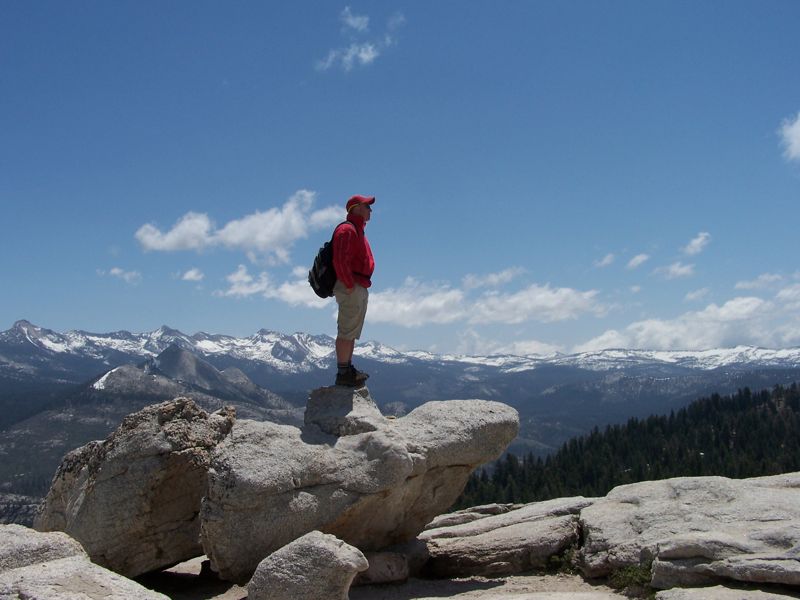 Yosemite is a photographers heaven. My wife was a little worried that I’d fall off a cliff in pursuit of a great picture and end up in real heaven. So I told her any time I saw an awesome, but dangerous, photo opportunity, my motto would be WWSS. (What Would Sara Say?) That motto cost me many potentially incredible shots… but also brought me home alive. 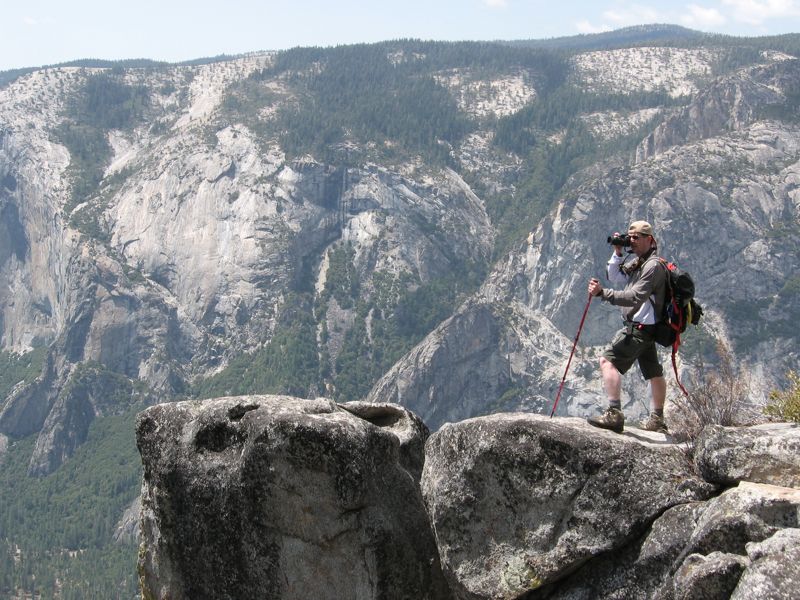 I have been dreaming of doing some of the serious hikes at Yosemite since I was a boy. Coming on this trip, and bringing a group of fellow children’s pastors with me was a dream come true. At one point I asked Yosemite had lived up to my grand descriptions of Yosemite before we arrived – and they all said no. One guy said, “You didn’t do Yosemite justice. You can’t begin to describe this place.” 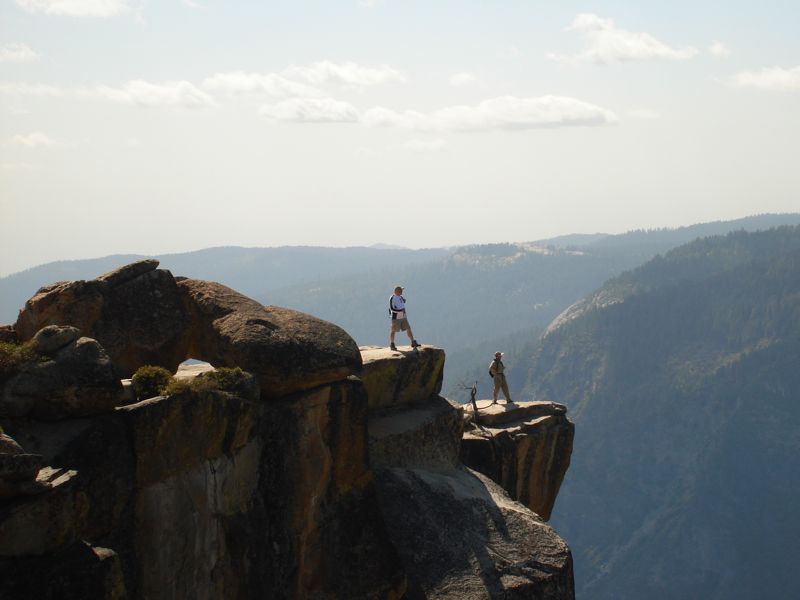 There were people there from all over the world. (I was surprised there weren’t more Americans – or are we too used to having entertainment pumped into our homes?) I don’t know how anyone comes to this place and doesn’t leave with an awed sense of having been in the presence of the Creator. Everything here points to one thing: GOD. 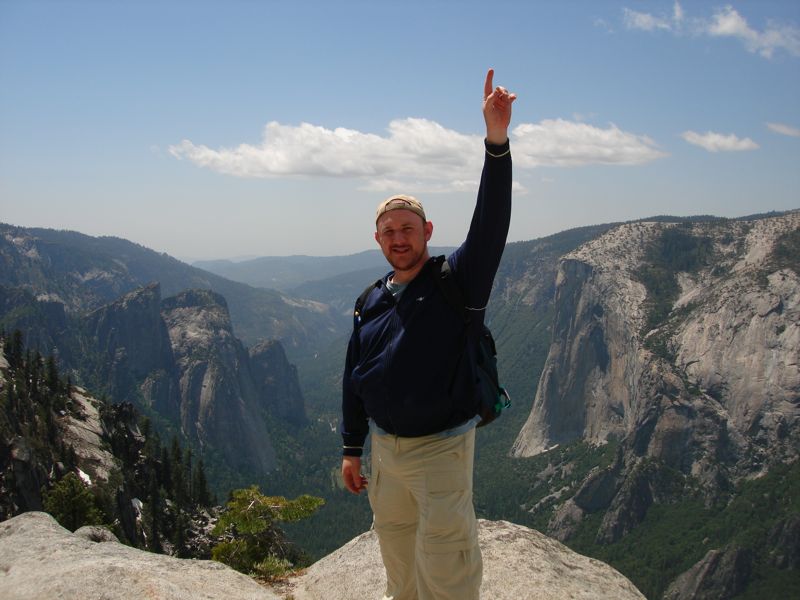